What is swinging (and why do couples like it?)

So, what is swinging all about?

Swinging is a practice where couples (most commonly male/female couples) engage in sexual activity with other couples. There is a range of activities that can be considered swinging, including wife swapping, hotwifing, and cuckolding.

As well as this, swinging is normally subdivided into two main categories: hard swap and soft swap. Despite the names, this has nothing to do with the intensity of the activity!

Soft swap is the name given to a range of activities that two couples engage in without having sex between opposite sex partners. This could include each couple having sex together in front of the other couple, or at the same time as the other couple.

It can also include bisexual play, where two partners of the same sex engage in acts (quite often this will be female/female play). It can also include oral sex on different partners, or digital penetration (i.e., using fingers).

Hard swap generally refers to male/ female couples of opposite partners having penetrative sex, as well as any other activity that the participants are open to. Many swingers start off with soft swap and eventually move to hard swap if they enjoy the experience and want to continue to explore.

Although it is not a widely discussed topic, swinging is very popular in many places. There is a lot of data on swingers based in the US and UK, where studies have looked at the profiles of swingers.

Surveys have found that swingers are predominantly white, middle-class, university-educated married couples aged between 30 and 59.

Reasons that couples have given for why they like swinging include strengthening the bond of their relationship, exploring their sexuality, exploring one or more partners’ bisexuality with another person of the same sex, exploring kinks, and engaging in the social side of swinging.

Everything you need to know about swinging

Despite popular beliefs, swinging is not an unethical practice. People who practice swinging are not cheating on their partners, rather they are engaging in consensual activities with the full approval of their partner in a manner that is respectful of their relationship.

As a form of open relationship, it is usually characterised by some of the following traits:

Why do people swing?

As a form of non-monogamy, it can be difficult for people who are monogamous to understand why someone would want to engage in these practices.

In surveys, people who swing say that it is natural to be attracted to other people and that instead of ignoring these desires, it is healthier to communicate openly and honestly as a couple to explore their thoughts and feelings.

One study from 2000 found that swingers reported greater happiness in their relationships than non-swinging relationships.

It is impossible to be a successful swinger if you don’t trust your partner and vice versa. Bringing new people into the most intimate part of your lives, often under the influence of alcohol, and often involving nudity will quickly show any cracks in a relationship.

Some people hate the idea of risking what they have while others see it as something that can be explored in the strongest relationships, as an added benefit which does not threaten the primary partnership.

One of the recurring themes in swinger surveys is couples who say that their confidence has significantly increased as a result of getting involved in the lifestyle.

This is partly because sex with someone who is not your partner can be an incredibly charged experience. You experience desire and attraction from someone else (possibly for the first time since you started dating your current partner), and this feeling can be intoxicating.

A person can tell their partner how amazing they look, but if the partner doesn’t believe it, they can dismiss it. However, if a new swinging partner (or a stranger at a swinging club) expresses desire, it can feel different.

Whether we are in a relationship or single, the majority of us will experience sexual attraction for someone else at some point in our lives. For the most part, we can’t help who we are attracted to, but we can control our actions by not acting on those desires.

Unfortunately, many people in relationships who experience this desire will act on it without telling their partner. Cheating on a partner and breaking their trust can have a devastating effect on an individual’s mental health, and even the person who is doing the cheating can suffer from ill health as a result.

Swingers, by and large, won’t have this problem because they have committed to expressing their sexual desires in an open, ethical way.

If you’ve read this and thought that this might be something you would like to try in your relationship, you should feel free to have the discussion with your partner.

Bear in mind that not everyone is non-monogamous, and it is not something that someone can do half-heartedly. If one partner is more engaged than the other, and it is clear one party is just not into it, the other couple will be able to pick up on this pretty quickly and it won’t be an enjoyable experience for anyone.

If it’s something you both want to explore, be prepared to discuss it for a long, long time before ever getting started (potentially even up to years of discussions). But if it’s right for you and your relationship, happy swinging!

If you liked this guide, you may also enjoy: 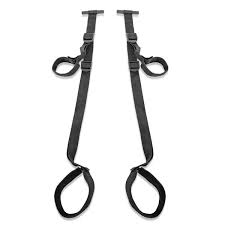 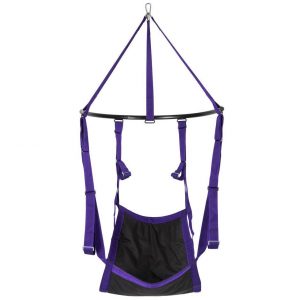